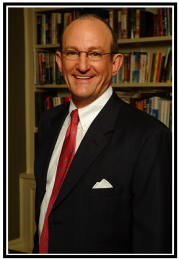 Tom Black will be writing a regular business advice column for the News-Leader. Watch for his first column Monday, followed by one every other Monday on the Business page.

Tom Black might not be a household name in the Springfield area, but he’s definitely had a local impact.

Although Black now lives in Nashville, Tenn., he still maintains connections here, including a business in Republic. Bancsource, a banking equipment sales and service company, has around 400 employees, compared to the 27 workers there when he bought the company in 2001.

Black also has a strong relationship with Missouri State, supporting the debate team and other ventures on campus. He is a 1973 graduate who still visits Springfield about once a month when he can.

“He really got a great start to his career in the debate team,” says Brent Dunn, MSU’s vice president for university advancement.

Black is a big name in the business world now, but he started from very humble beginnings. The first years of Black’s life in Nickerson, Kan., were spent living out of a boxcar his parents had converted into a semi-livable space.

Eventually his family moved to a two-bedroom home where his parents had one room and the kids shared another.

He admits his first motivations were the “opportunity to have whatever I wanted materially and enjoy what I had materially.”

And succeed he has. He’s now recognized a successful businessman as well as a top sales trainer in the country.

Black is the author of “The Boxcar Millionaire” which chronicles his life, from his youth through his adult successes.

If there was just a single thing to take away from the book, it’s that Black doesn’t consider excuses an option.

The true sales experts are the ones who don’t let roadblocks stop them, he says.

In the business world, he’s well known as a communicator. But there’s also another side to Black — he’s a renowned wine collector.

His collection began when his first boss told him he’d need to learn about wine. At a sales lunch, the salesman would be expected to understand a wine list and properly order for the table, Black was told.

“I started reading at first,” he says. “I didn’t have any money to buy.”

But eventually, as his sales grew, he started collecting little by little. Now he writes about wine and boasts a personal collection of more than 20,000 bottles.

Although his first motivations were material, Black says his drive now comes from the challenge.

“I think now it’s just the idea of building something that has value and the idea of creating new wealth for other people and giving back. I don’t want to sound too goody-goody, but that is a big factor for me,” he says.

Tom Black's article can be located through the following link: http://www.news-leader.com/section/business